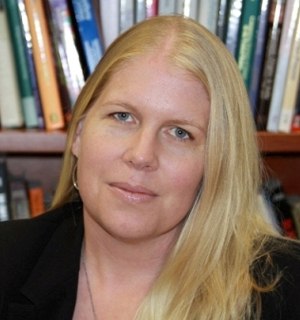 Brie Loskota is the managing director of the Center for Religion and Civic Culture at the University of Southern California. In this capacity, she oversees the strategic planning and daily operations of an interdisciplinary research center that conducts 25 research and community-based projects each year. She contributes to raising and managing CRCC’s annual budget of $5 million. Additionally, she serves as program officer of the USC Pentecostal and Charismatic Research Initiative, a $3.5 million global program sponsored by the John Templeton Foundation to transform the study of one of the world’s fastest growing religious movements.

Ms. Loskota consults with federal, state, and local government agencies on a variety of issues including disaster preparedness and response, developing faith-based/public partnerships, mental health, and bridging diversity. She speaks and writes frequently on topics such as interfaith engagement, faith-based human services, and religious identity among post-Boomers. She is a regular contributor to Trans/missions, the USC Knight Chair blog on media and religion. She has also written for the Huffington Post, The Brookings Institute and the Chicago Council on Global Affairs. She also lectures on religion and society, and religion in Los Angeles and has spoken at conferences and meetings sponsored by the Asia Foundation, the US-China Education Trust, Yale University, Union of Reform Judaism, and the University of Dayton, among others.

Leadership development and capacity building for faith communities remains one of Ms. Loskota’s central interests. She is co-founder and special advisor to CRCC’s American Muslim Civic Leadership Institute, a program that equips individuals between the ages of 25-40 with skills to enhance civic participation in their communities. Ms. Loskota also served on the executive committee of the Passing the Mantle Clergy and Lay Leadership Institute, a USC program to develop civic leadership among African American clergy and lay leaders and serves on the executive committee of the Faith Leaders Institute, an alliance of Latino and African American clergy run by the Cecil Murray Center for Community Engagement.

Ms. Loskota serves on a dozen boards and advisory committees focusing on understanding and enhancing the role of religion and religious communities in the public square. She is a member of the Association for the Sociology of Religion, the Society for the Scientific Study of Religion, and the Pacific Council on International Policy.

Prior to joining the Center for Religion and Civic Culture, Ms. Loskota served as the summer program director of the Face to Face/Faith to Faith Summer Institute, as an evaluator and strategic planner for faith-based organizations, a high school teacher, and as a consultant on market research and business management.

She received her M.A. degree from Hebrew Union College – Jewish Institute of Religion in Los Angeles, studied Hebrew at Hebrew University in Jerusalem, and completed her B.A. in history and religion from the University of Southern California.