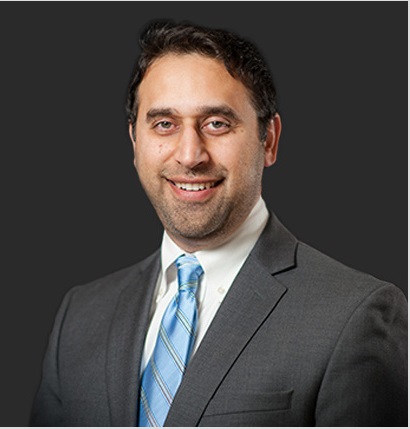 Dr. Faisal Qazi has been practicing Neurology since 2006 in the greater Pomona Valley and the Inland Empire area over the last ten years and more recently cross covering St. Jude Hospital in Fullerton with outpatient offices in Pomona and Upland, CA. He is an Associate Professor of Neurology at the Western University of Health Sciences, College of Osteopathic Medicine and UC Riverside. Dr. Qazi has participated and served as a Principal Investigator in multiple clinical trials including stroke and MS specific research trials. He is currently also the President of MiNDS, (Medical Network Devoted to Service) a charitable organization with focus on specialty healthcare services to underserved families.
In Dec. 2015, Dr. Qazi successfully spearheaded a campaign to raise funds for the families of San Bernardino County mass shooting victims collecting over $200,000, one of the largest single sums donated by a group.
Dr. Qazi‘s work have been featured in LA Times, CNN, NPR, Voice of America, PBS and OC Register. He has received the honor of being listed amongst the Best Doctors in Inland Empire in late 2000s and also received Values in Justice award by St. Jude Medical Center in 2016.