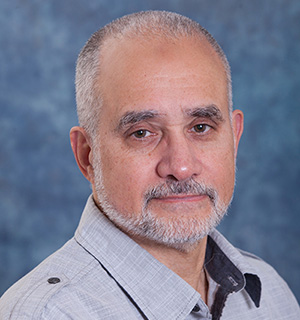 Ihsan Bagby is currently Associate Professor of Islamic Studies at the University of Kentucky. He was born in Cleveland, Ohio. He obtained a Ph.D. from University of Michigan in Near Eastern Studies (1986), focusing on classical Islamic Studies and more particularly Islamic legal theory (usul al-fiqh). His dissertation reviewed the classical legal theory of maslahah (the overall purposes of the Law).

His research for the last 15 years has focused on Muslims in America. In 2001 he published the results of the first comprehensive study of mosques in America, entitled The Mosque in America: A National Portrait (available at www.cair-net.org). Based on the 2001 study, Dr. Bagby published four articles, including “Imams and Mosque Organizations in the United States,” in Muslims in the United States, and “The Mosque in the American Public Square,” in Muslims’ Place in the American Public Square. In April 2004 he published the results of his Detroit Mosque Study, entitled A Portrait of Detroit Mosques (available at www.ispu.us). Based on that study he has written “Second Generation Muslim Immigrants in Detroit Mosques” in Passing on the Faith. In 2007 he conducted a survey of 25 representative American mosques and mosque leaders, which led to an article entitled, “The American Mosque in Transition: Assimilation, Isolation or Insulation” in Journal of Ethnic and Migration Studies. In 2011 he conducted another comprehensive study of American mosques which resulted in three monographs entitled The American Mosque 2011. In 2013 he conducted a needs assessment of about 350 mosques which are associated with ISNA/NAIT, and published the monograph, A Needs Assessment of ISNA-NAIT Associated Mosques. He is presently working on a book on African American Muslims and a short biography on Prophet Muhammad (saws) for new Muslims.

He is the Chair of ISNA’s Masjid Development Committee which is working to develop for masjids guidelines and recommendations, identify best practices, and organize workshops for masjids.

He serves as a Board member of the Muslim Alliance in North America (MANA) and the Islamic Seminary Foundation. Locally in Lexington, he is a member of the Board of Masjid Bilal and the Chair of SHARE Lexington, a Muslim social service center.