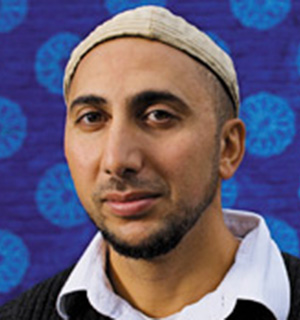 Rami Nashashibi has served as the Executive Director of the Inner-City Muslim Action Network (IMAN) since its incorporation as a nonprofit in January 1997. He has a PhD in Sociology from the University of Chicago and has been an adjunct professor at various colleges and universities across the Chicagoland area, where he has taught a range of Sociology, Anthropology, and other Social Science courses.

He has worked with several leading scholars in the area of globalization, African American studies and urban sociology and has contributed chapters to edited volumes by Manning Marable and Saskia Sassen. Rami has lectured across the United States, Europe, and Asia on a range of topics related to American Muslim identity, community activism and social justice issues, and is a recipient of several prestigious community service and organizing honors.

Rami and his work with IMAN have been featured on many national and international media outlets including the BBC, PBS and a front page story in the Chicago Tribune. In 2007 Islamica Magazine profiled Rami as being among the “10 Young Muslim Visionaries Shaping Islam in America” and in 2009, Chicago Public Radio selected Rami Nashashibi as one of the city’s Top Ten Chicago Global Visionaries.

Rami was named one of the “500 Most Influential Muslims in the World” by The Royal Islamic Strategic Studies Center in concert with Georgetown’s Prince Alwaleed Bin Talal Center for Muslim-Christian Understanding. He was named a White House “Champion of Change” in 2011, and was also invited by the governor of Illinois to serve on the Commission for the Elimination of Poverty and as a member of the Governor’s Muslim Advisory Council.

Rami lives with his wife and three children on Chicago’s Southwest Side.