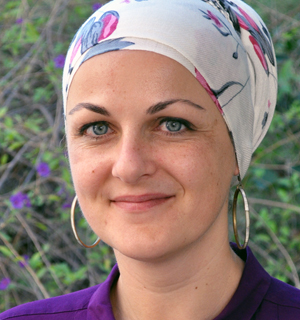 A recent appointee to Los Angeles Mayor Eric Garcetti’s Service Cabinet, Edina has been committed to promoting relationships between diverse Angelenos for nearly 15 years. As a co-founder and the current chair of NewGround: A Muslim-Jewish Partnership for Change, Edina is proud to have been part of a impactful program who’s high school dialogue program was named Gov. Jerry Brown’s top interfaith group in 2013.

Edina joined the faculty of Bayan Claremont, part of the Claremont School of Theology, as an Adjunct Professor in Fall 2013, where she teaches “Religious and Spiritual Leadership in a Muslim Context.” Edina has spoken in hundreds of national and international conferences, community events and interfaith dialogues on a variety of issues related to American Muslims. She has also had the opportunity to participate in a United Nations program on “Confronting Islamophobia” and the International Conference of Muslim Young Leaders, which served as a precursor to the annual conference of the Organization of Islamic Conference (OIC).

She is co-founder and graduate of the American Muslim Civic Leadership Institute and also co-founded Elev8, an arts-based youth leadership development program. She has an M.A. in Communication from Pepperdine University and a B.A. in American Literature & Culture from UCLA, where she also served as the Editor in Chief of the Daily Bruin.