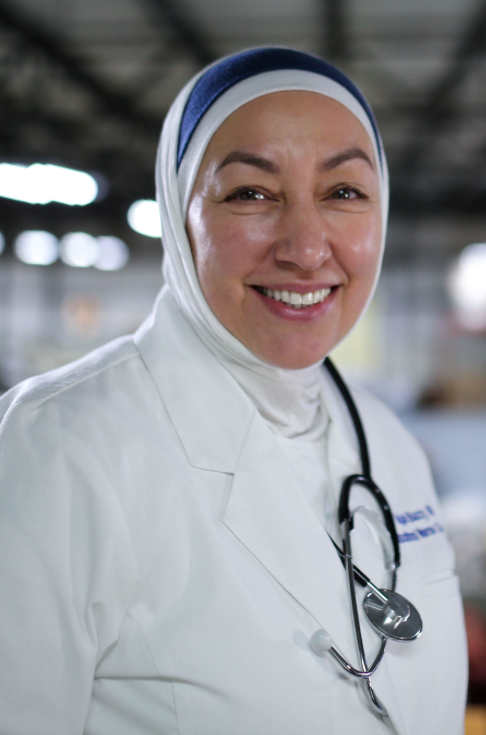 Najah Bazzy, RN, is an internationally recognized healer, humanitarian and interfaith leader who left a six-figure salary as a critical-care nurse to build Zaman International. The Metro-Detroit based non-profit empowers marginalized women and children to break the cycle of extreme poverty. In 2019, she was recognized as a Top Ten CNN Hero highlighting Zaman’s growth from a grassroots team of volunteers to a world-class organization with a global reach that has helped more than 2.1 million people in 20 countries since 2010.

Born and raised in Southeast Michigan, Najah earned her nursing degree from Madonna University and holds a Doctor of Humanities Honoris Causa degree from Oakland University. She has specialized over the past three decades in critical care and transcultural nursing. The CEO of Diversity Specialists, Najah has implemented a national model of transcultural clinical care and hosted workshops for health care institutions across the country. She also had served as an adjunct professor at Michigan State University’s Institute of International Health and currently teaches graduate courses at Bayan Claremont Theological School in affiliation with the Chicago Theological Seminary. In 1997, she co-founded the Young Muslim Association, now known as the Muslim Youth Connection, and serves as Senior Advisor providing leadership training to youth.

Najah has been interviewed by national and international media outlets about her work and was selected as a CNN Hero for 2019. In 2020, she was recognized in People Magazine’s Women Changing the World issue, featured in the Smile with Lay’s campaign, and inducted into the Michigan Women’s Hall of Fame. Najah has been profiled on CBS 62’s “Eye On The Future: The Power of Women” along with Suzanne Shank, Mary Barra, Gretchen Valade, and Andra Rush. She was featured on a United Way of Southeast Michigan billboard as a source of inspiration to Detroit-area youth. She and her family appeared in the PBS film “Muhammad: Legacy of a Prophet,” which was viewed by over 15 million people when it premiered in the U.S. and has been seen by hundreds of millions worldwide since.

An avid reader and tea aficionado, Najah lives in Canton, Mich., with her husband of more than 35 years, Allie Bazzy. They have four children and four grandchildren.